It's been a long time not posting anything to my blog. Main thing, this will change now as I have a lot to talk about over the course of the next months. Anyways let's get to business.

Sometimes you wake up in the morning and you have the feeling that something special will happen. It doesn't happen a lot, but those days exist.

For me one of those days happened about 4.5 years ago. It was late in the evening already and I had a little chit-chat with a guy working on one of the projects we were using at that time. I talked about what I'm working on, how we use the software and that I have some ideas on what I wanted to do. Mainly implement a small wrapper based on the Apache project I was working on at the time. What happened next was a blast, the scariest and coolest thing that ever happened to me in all my life. 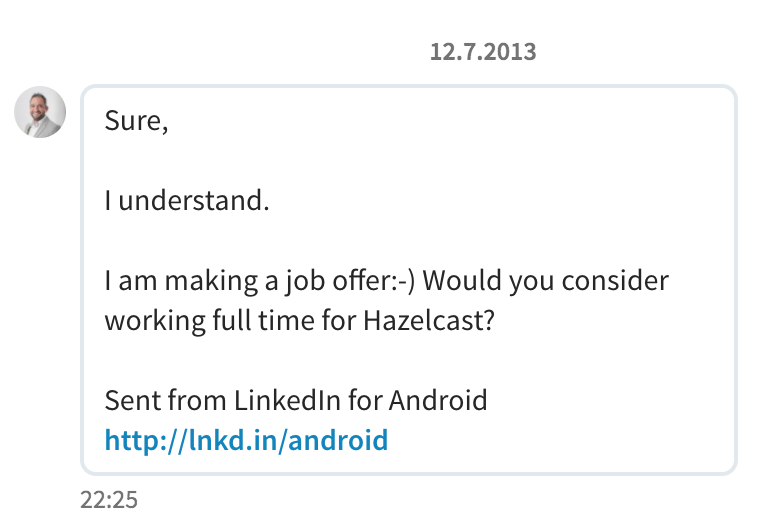 I must have had a pretty stupid look on my face since my girlfriend (today my wife, thanks honey to still be with me 😘) looked at me and asked if everything's alright. I wasn't really able to talk, I just pointed at my monitor and the message. I was flabbergasted.

Looking back at the story I think that was my face this evening. 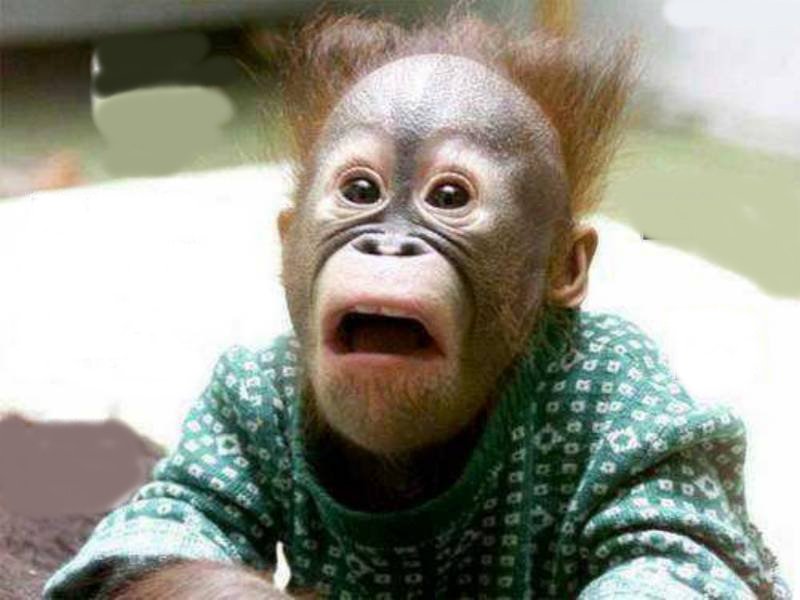 Anyhow after a bit more discussion and my first flight to Istanbul ever, we agreed on the terms and it was settled.

Since I'm German it was a pretty big deal going forward. People from the US (and other countries) might not totally understand but in Germany continuity and a safe job are two of the biggest things to achieve in life. Being a little rebel all my life I still accepted. I remember so many people asking me "are you sure?" or "what happens if it doesn't work out?". It was a startup, it was (from a German perspective) a little risky but it had a bit of a thrill to it. I had to do it. Being paid for working on open source? A dream comes true.

It was a blast

Well time flew by so fast, here we are. More than 4 years later. The time was amazing, it was a blast. I met so many awesome people, I learned so much stuff, I didn't have any idea about. Sure, sometimes we had to go the extra mile. Nobody would argue that startups can be stressful but they're a really cool environment. For the first time in my life I had the feeling I could help shape a company.

Later on, I moved to a stage between marketing and engineering. Something were a lot of people were like "marketing, seriously?" but yeah it is fun. I was traveling a lot, I gave conference talks, gave trainings, talked to customers. A whole new world, again full of bits to learn from.

For a bit more than a year I was the company's main developer advocate (let's not call it evangelist anymore) and I worked closely with marketing, not only on blogs, webinars or collateral but on all fronts.

So why am I writing all of this? Well first of all I want to tell a story, showing people that sometimes unexpected things just happen and sometimes you have to take the risky path. Before that there was nothing worse than stuck in a boring job and fight yourself every single morning to get up.

Secondly today is my last day at Hazelcast. The last years, as said, were amazing and I won't miss a single day. My colleagues is one of the best teams I've ever had, and I hope friendships are to stay.

I wish all my colleagues ... no my friends at Hazelcast just the best. I love the product and I hope it'll be around for a long time!

I'm also happy it's not a full goodbye for now, as I might show up at Hazelcast events or locations from time to time to help or just for fun 😁

The upcoming path is already chosen, and I hope it'll be a blast again. Some people say that if you ever worked in a startup, you can't go back to a normal company anymore. It's supposed to be some kind of a drug.

That said, in early 2018 I'll be around with my own, all new company. The company won't try to change the world with the next big microservices framework, serverless backend or In-Memory Data-Grid, it'll help companies to solve issues for conference and relationship marketing.

I know, I know, seriously? See my face? I'm all serious. It's basically 4 years of experience, hate and wt... build into a product (line).

Given the fact, I talked to people over the course of the last year, some know what's upcoming. For all others, there will be a bigger explanation in the very near future. 2018 will be the year to make conference marketing cool again.

I can't thank Hazelcast enough for the opportunity I got in 2013 and I'm happy for the support moving along to my own company.

Some wisdom we all have to accept from time to time: "Sometimes things just don't work out the way we want them to."

When Hazelcast started as a pure open source project in 2008, there was one guys, Talip Ozturk, with an amazing vision: A simple, powerful, scalable Distributed Map. Ever since Hazelcast went more powerful